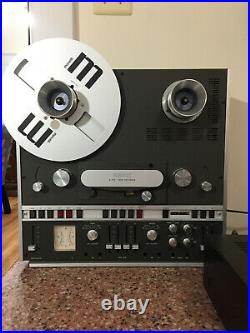 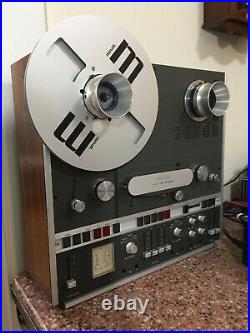 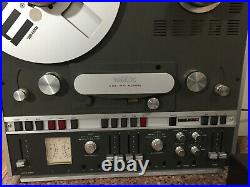 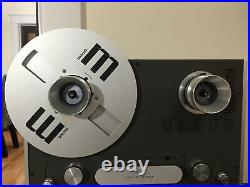 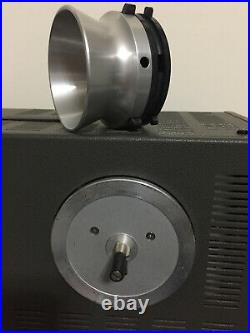 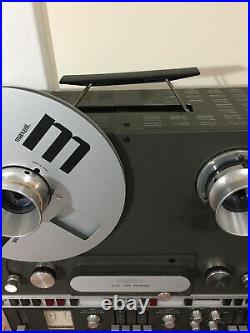 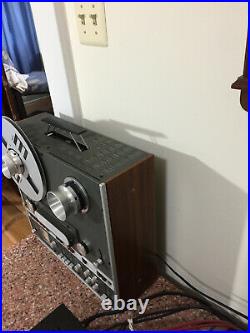 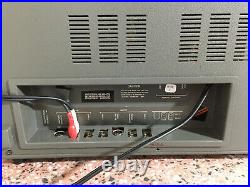 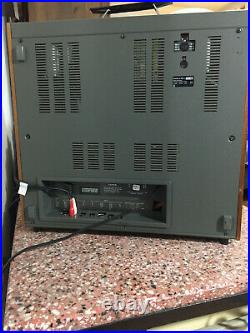 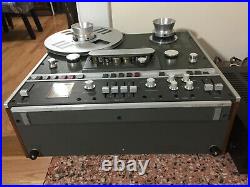 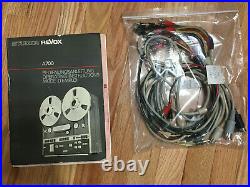 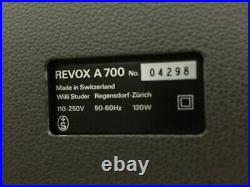 STUDER REVOX A700 10 inch Open Reel Tape Recorder with Built in Pre-Amp & recent Factory Service. This is a Revox A700 that I inherited about 10 years ago from my best friend. He bought it new, I believe around 1970, and used it as the center of his stereo system with a power amplifier, until he died, occasionally having it serviced at his local dealership where he had bought it, in northern Virginia or Washington DC, and even, I believe, having the heads replaced. It is a superb instrument and has given both its original owner and its second owner, me, excellent service, and will probably continue to do so for many years for its new owner. The ReVox worked fine last time I had used it, except the tape counter wasn’t working, but it had probably been 20 years since its most recent service as its original owner was in poor health his last decade. I contacted the service center, sent the ReVox out, and it came back in less than a month brought up to spec and thoroughly cleaned, with preventive maintenance performed. I played a tape and it sounded excellent, and the tape counter has been repaired. And I was reminded that it has a big power on thump and that one’s preamplifier input should be muted or switched to something else when the ReVox is powered up. This was an exceptionally fine piece of equipment when new. It still is, and it and its brothers and sisters were commonly used for recording many, many fine commercial analog recordings. With the recent popularity of one-on-one direct copies of original master tapes, this is a superb machine to play them on. It records and plays back at 15 ips, 7.5 ips, and 3.75 ips, so it will play all commercial stereo or mono tapes and also 15 ips master tape copies. For a vintage machine, you can’t do much better, unless maybe you find a much upgraded professional tube model tape deck, and even that is questionable. Unlike the ReVox A-77, it has a high quality built in preamplifier and can be hooked directly to a power amplifier as the control center of a quality stereo system. Its original owner used it with a pair of strapped-for-mono Dynaco Stereo 70 tube amps, and that was an exceptionally synergistic combination. The preamplifier functions also mean that the A700 can be used as a complete portable recording studio. This is a 4 track stereo machine, 2 channel stereo in each direction, but it can also be used to play half track stereo tapes, full track mono tapes. It can also be fitted with half track heads if all you are planning on playing are half track tapes. It comes in the packaging in which it came back from its ReVox servicing. Also take a look at the photos, check my feedback, and my other auctions or sales. As you can see in the pictures it comes with original ReVox NAB hubs for 10″ reels but the hubs can easily be removed for use with standard 7″ reels. It is currently hooked into my system for playback only. Specifications: Track system: 4-track, 2-channel, stereo system Heads: 1 x record, 1 x play, 1 x erase Motor: 2 x reel, 1 x capstan Reel size: up to 10.5 inch reel Equalization: NAB Tape speeds: 15, 7.5, 3.75 ips Wow and flutter. This item is in the category “Consumer Electronics\Vintage Electronics\Vintage Audio & Video\Reel-to-Reel Tape Recorders”. The seller is “kpjwest” and is located in this country: US. This item can be shipped to United States.